“I am fascinated by diamonds. When I put diamonds on my hands shake.” — Debra Messing

Diamonds are a girl’s best friend – and what better than to have friends in every color!

There are 7 different types of colored diamonds: blue, pink, orange, green, red, brown and yellow. Here is what makes each of them so unique, so special and so sought after:

A blue diamond is extremely rare. In fact, they make up only 0.02% of mined diamonds in the world. Although they exhibit many of the inherent properties of a regular diamond, they boast the exquisite addition of blue color in the stone. 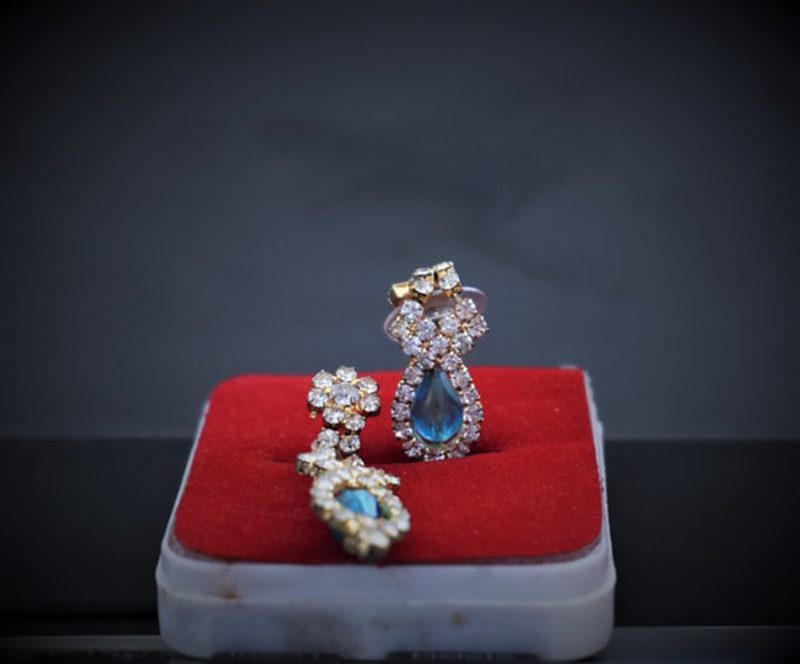 Blue diamonds are genuine and are formed completely naturally beneath the earth’s surface over billions of years. Authentic and genuine to the core – these stones are not enhanced or color-treated. It is the boron in the diamond’s carbon composition that exudes the mesmerizing blue, the more boron the more brilliant the blue.

Polishing and cutting of diamonds can influence their color, but blue diamonds are found with their beautiful blue color tone and no diamond collection is complete without a blue diamond making them highly sought after by diamond collectors around the world.

The Hope Diamond, now found at the Washington Museum is one of the most famous jewels in the world, weighing in at 45.52 carats it boasts ownership records dating back almost four centuries.

Pink diamonds are known as one of the rarest diamonds in the world today and for many years have been iconic in couture jewelry designs. Pink diamonds are considered Natural Fancy Color diamonds, they are extremely opulent and their popularity has driven their price up so much that they cost up to 20 times the price of a similar-sized white diamond. The more intense the color of the diamond, the higher the price. They also always come with a secondary hue which is why you will never find two pink diamonds that look alike. 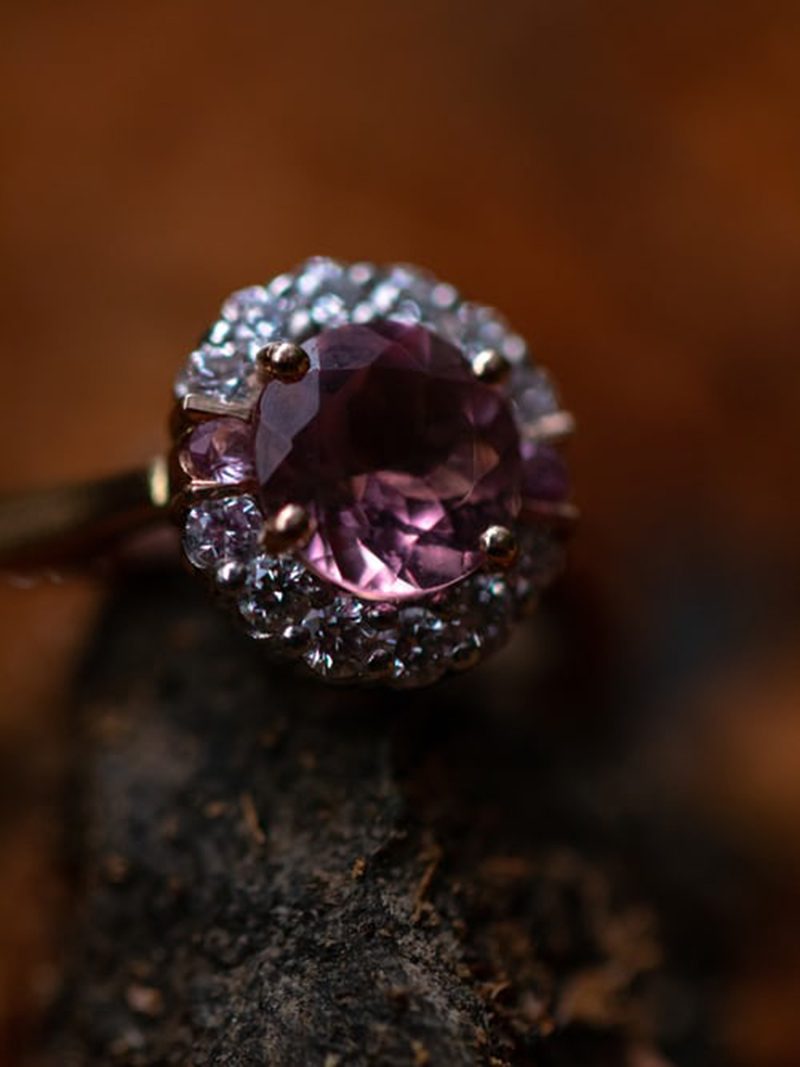 More than 90% of the world’s supply of pink natural diamonds have been produced in the Argyle Mine in Western Australia but only 1% of this mine’s output is pink diamonds. Only a limited number exist, and it is estimated that only another 500 or so, remain to be discovered.

Unlike other precious stones, pink diamonds are sourced from a volcanic host rock lamproite pipe as opposed to kimberlite. They also differ from other diamonds where the color is caused by large amounts of Nitrogen, Boron, increased Hydrogen, or exposure to atomic radiation or radioactivity. In the case of pink diamonds, the cause of the pink color remains questionable.

One of the most famous pink diamonds is The Noor-ul-Ain also known as ‘the light of the eye,’ – a 60-carat oval brilliant-cut pink diamond that is believed to have been discovered in India’s Golconda mines. It was the centerpiece in Iranian Empress Farah Pahlavi’s wedding tiara in 1958.

The uncertainty of the origin of the orange color diamond makes it extremely rare and sought after. The defects that produce the orange hue have not been determined with certainty and may vary from one stone to another. From research, it is concluded that the defects in orange diamonds cause them to selectively absorb blue light and transmit an orange color.

Before the 14.82-carat The Orange Diamond was discovered, the cushion-cut Pumpkin Diamond of 5.54-carat was catching the eyes of collectors and sold at Auction in 1997. The Reporters at that time referred to the Pumpkin Diamond as “the only vivid orange diamond ever graded by the GIA,” and the Colored Diamond Encyclopedia referred to it as “the world’s largest fancy vivid orange diamond.”

Natural green diamonds are extremely rare, and the color develops when high-energy radiation emitted by nearby radioactive mineral grains penetrates colorless diamond formations. The radiation moves carbon atoms out of their position in the crystal lattice and causes the diamond to selectively absorb red light and transmit green. Green color can also be a result of defects produced by the presence of nitrogen, hydrogen, or nickel within the diamond crystal. 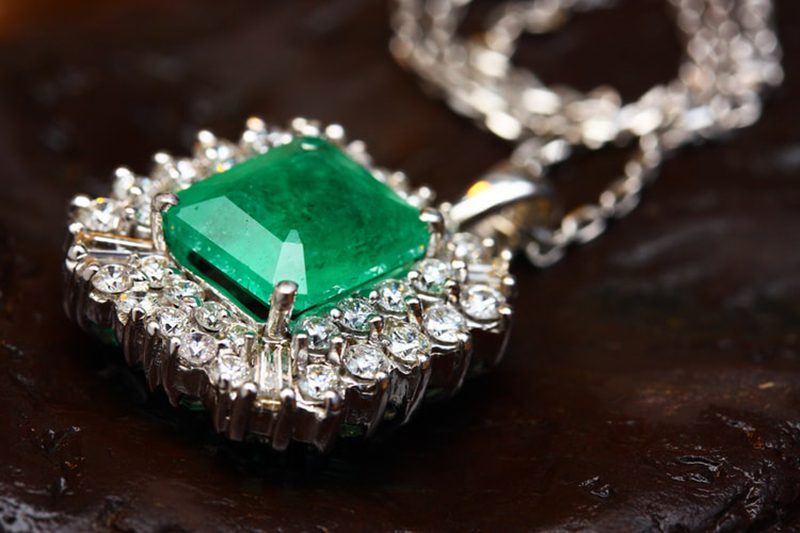 The most famous green diamond ever found is the 41 carat Dresden Green which was cut from a 100-carat stone. The stone is named after the city of Dresden, the capital of Saxony in Germany where it has been on display for more than 200 years.

Red Diamonds get their beautiful color from impurities such as nitrogen and boron. These extremely rare stones are made purely from carbon, just like colorless diamonds. The red color is a projection of a rare occurrence in its atomic structure. Most would agree that red diamonds are the most expensive and the rarest diamonds in the world, even more so than pink and blue diamonds, as very few red diamonds have been found. Like other color diamonds, they have been subjected to stress which deformed the diamond crystal, causing carbon atom displacement. When light passes through the planes of displacement, the red wavelengths of light are selectively transmitted. The weaker the transmission of red light, the lighter the diamond color will appear – sometimes producing what seems like a pink diamond.

The Hancock Red is one of the most famous red diamonds and was the most expensive per-carat stone ever sold at auction in 1987 and sold for eight times its pre-sale estimate.

Brown diamonds are one of the more common natural color diamonds mined along with yellow diamonds – and the most affordable color diamond (besides black diamonds). The brown color develops when plastic deformation creates planes of missing and displaced carbon atoms in the diamond crystal lattice, known as glide planes. This is where the brown color is concentrated and can appear as a series of parallel color bands in the diamond known as “graining”.

The Golden Jubilee Diamond is the most famous of its kind, estimated to be worth approximately $12 million and weighs 545.67 carats. It is the largest faceted diamond, surpassing the Cullinan.

Yellow diamonds are the second most common natural-colored diamond getting its color from nitrogen atoms substituting for carbon in the diamond crystal lattice allowing the stone to selectively absorb blue light and transmit yellow. 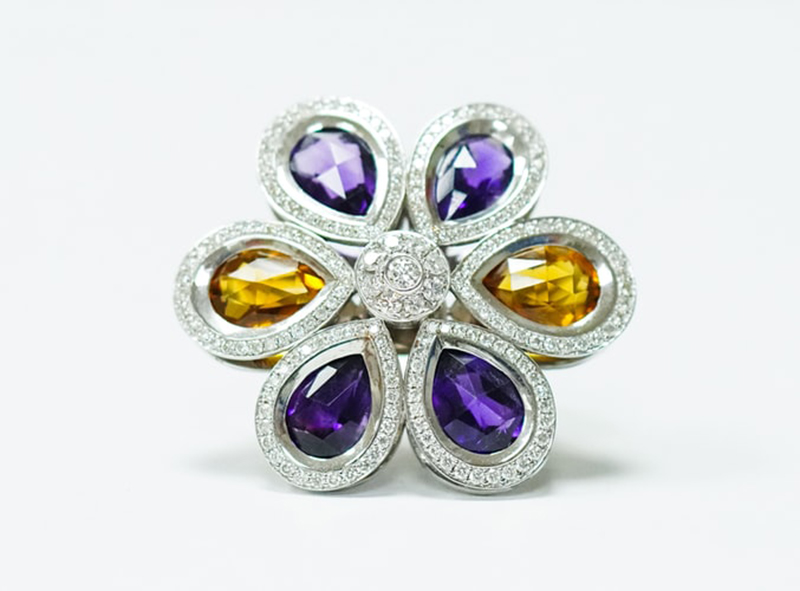 The Kimberley Octahedral diamond is the largest naturally formed yellow diamond in the world, mined in the Dutoitspan Mine in Kimberley, South Africa. This is where diamonds were first discovered in 1871. The Kimberley octahedral diamond is also referred to as the “616 Diamond”, which is a reference to its carat weight. Because the diamond remains in its natural state, the uncut stone can only be referenced in terms of its shape, color and weight and not the usual color, clarity and type of cut applicable to cut and polished diamonds.

Tips for Buying your First Rolex

Top 7 Sculptures from Around the World
Scroll to top